Here’s a look at some of the crazy facts about Vietnam that make the country just as wonderful as it is. Having travelled quite a bit of Asia now, it’s definitely up there in my top three Asia favourites.

Vietnam was the first place I went in Asia and I couldn’t think of a better place to start of my Asian love affair. Over two weeks in Vietnam, I quickly got to grips with the crazy traffic, enjoyed my fair share of the buzzing nightlife scene and ate my body weight in amazing Vietnamese cuisine.

Now that I’ve been, these facts about Vietnam seem obvious, but that’s the thing with travel – you learn quickly. I know way more about the country now, but there’s some things that could have been useful to know before going to Vietnam.

1. The currency is called ‘Dong’ 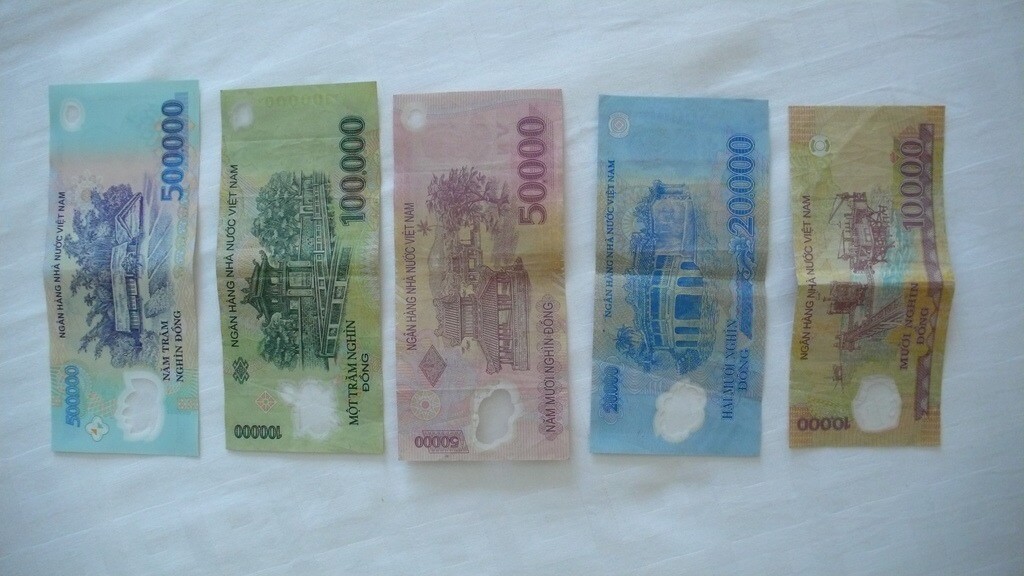 That’s VND for short and it’ll soon have you feeling flush. VND 10,000 is the smallest note you’ll be able to find, which means even if you convert just £10 you’ll end up with around VND 300,000. Get ready to test your maths trying to work out the conversions.

It’s well known that Vietnam is a great value destination. Whether you’re going to Hanoi, Ho Chi Minh City, Phu Quoc or Hoi An, I’ve researched the kind of prices you can expect to pay. All information is from 2017, but really won’t have changed too much in that time. (shame the British pound has!)

2. The country’s best coffee is made from weasel poo

It’s true. I’ve tried and tested weasel poo coffee myself. It’s made from civets, a type of weasel with these incredible noses to let them sniff out the best beans. Once they’ve found them, they chew them, swallow them and, as nature would have it, they poop them out, at which point the beans have become a little fermented and apparently all the better to make your cup of Joe with.

Elsewhere in the world, this prized beverage can sell for over £50 so while you’re in Vietnam and it’s a lot less. 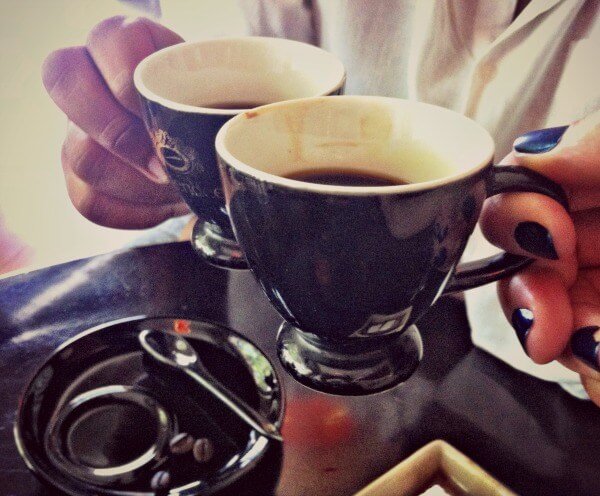 Weasel poop isn’t the only weird coffee you can try. Egg coffee, especially in Hanoi, is also a thing. It’s your casual cup of coffee but with the addition of egg yolks, sugar and condensed milk. It’s super sweet.

In general though, you should know that Vietnam only comes second to Brazil when it comes to being the world’s biggest coffee producer. For those who love the bean, it’s a win.

If you take a look at the map, you’ll see Vietnam swerves down alongside Laos and Cambodia in an S shape making it a skinny but long country. This is kind of useful to know when you’re plotting your route as it doesn’t make sense to do it any other way but from one end to the other. 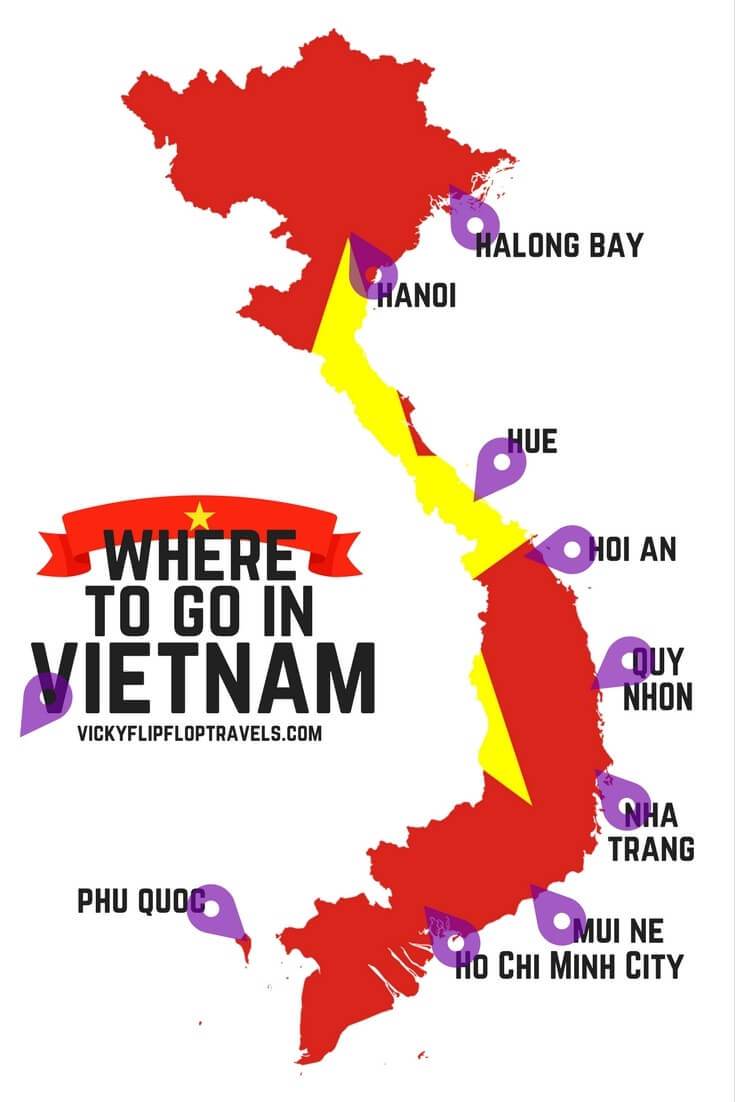 Being such a long country, with an interesting and varied topography, means Vietnam covers a few different weather zones all at once. You can get the heat and a chill depending on where you are so I’d pack layers.

Good for us travellers though, it gives a very obvious and straightforward route to get through the country from north to south and vice versa. Check out my post on where to go in Vietnam for more details.

You can quickly tell when you touch down in Hanoi that motorbikes rule the roads. And by rule I mean cover every inch of road swerving in and about the cars that are there. According to the Ministry of Transport, 50 million people have a registered motorbike.

They’re everywhere and packed full of people, items and animals. If you even open your Google maps when you’re there, you’ll see there’s a specific option providing routes and destination times just for motorbikes.

Cars tend to be seen as the rich man’s mode of transport and motorbikes are definitely the cheaper option for getting around Vietnam. You can hire a motorbike for your travels in Vietnam, whether just for the day, or for a few weeks. Check out this post on renting a motorbike in Vietnam for more information.

5. Vietnam is the world’s largest exporter of cashew nuts

Interesting Vietnam fact for you: they produce 60% of the world’s cashews. They’re a cheap and healthy snack so no reason for you not to indulge during your trip.

If you were to ask a local, it’s likely they would say that Saigon produces the best salted cashew nuts. You’ll find them in most markets either raw or roasted. I’d say try both.

6. Everybody is a Nguyen

Ok well not everybody but Nguyen is the most common surname in the country. I promise you, a few days here and you’ll have met at least a few people with the surname Nguyen. This makes it a little difficult to find them on Facebook, so make sure to note that first name to the letter too. 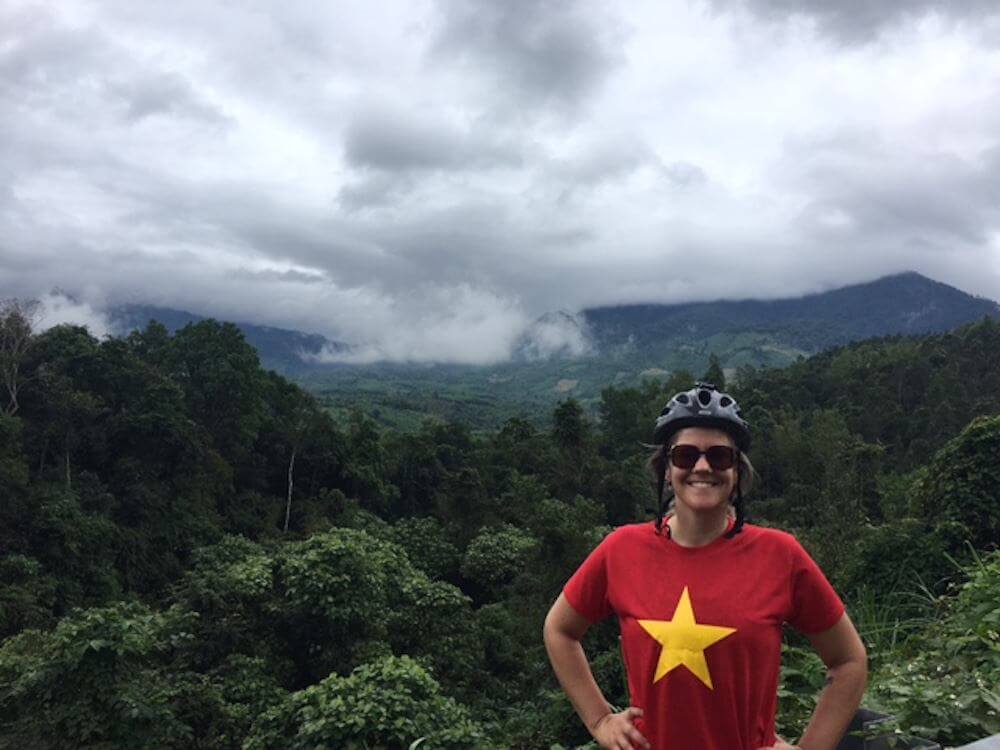 To make finding friends more complicated, they might also have the first name Ho Chi Minh. He was the nation’s hero fighting for the country’s independence and as if naming a city after ‘Great Uncle Ho’ wasn’t enough, many opt to name their children after the legend too.

You’re bound to meet a Ho Chi Minh Nguyen at some point.

And they’re so pretty. Ao Dai are colourful tunics made from silk that split at the waist and are paired with loose fitting silk trousers. Both men and women can wear them although it’s way more common to see the ladies wearing them, especially when it comes to special occasions.

This pic was taken at a friend’s wedding I went to in Hanoi. In fact the reason I went to Vietnam for the first time in the first place. 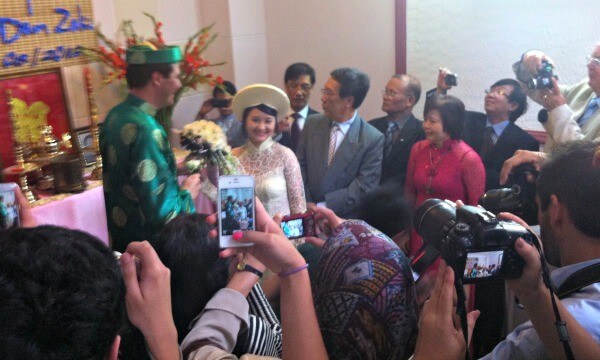 Ao Dai come in a variety of different styles, patterns and detailing but sleeves are generally tight and there are always a few buttons at the top. Often they come accompanied by a conical hat completing the traditional look.

If you want to wear one and even take one home then there are loads of places you can either get an ao dai custom made or buy one off the rack. Hanoi’s Old Town is a good place to find lots of ao dai shops where you can compare pricing and get your haggle on.

8. The national dish is pho

If you’ve never tried pho before, where have you been?

If you have, but never in Vietnam, then you’ve got a treat ahead of you. 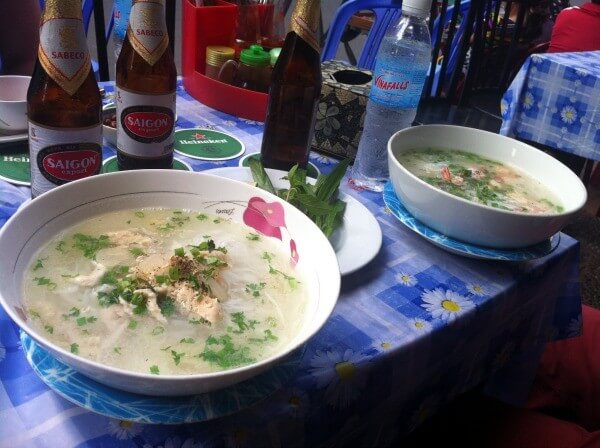 Pho is a noodle soup with a selection of veggies and meat. It comes in a load of varieties and you’ll find it in tonnes of restaurants as well as on street carts. It was one of my absolute favourite foods in the country and that’s saying something given how many tasty dishes in Vietnam there are to try.

I’d never seen or heard of water puppetry before I went to Vietnam, but it’s extremely popular. It’s basically like a traditional puppet show you’ll have seen at home, but instead of Punch and Judy bobbing along behind a makeshift theatre, they float on a body of water.

You can catch a show in most cities and it’s something you should definitely see as it’s a big part of the culture dating back to the 11th century.

You might wonder what on earth you’re watching but stick with it, pay attention and try and follow the story. The first time I watched a water puppet show in Hanoi I genuinely couldn’t believe what I was seeing.

10. The world’s largest cave is here

Hang Son Doong Cave is the biggest cave worldwide at over 200m high, 175m wide and 9.4km long. Also known as the Mountain River Cave, it was first discovered in 1990 and you’ll find it in central Vietnam’s Phong Nha Ke Bang National Park.

A trip inside it is possible, but there are some caveats. Only 1000 people are allowed to enter each year so there can be a bit of a waiting list, you go only go with Oxalis Adventure Tours (the company of the guy who first discovered it) and you can only visit during the first half of the year.

That’s so the cave and wildlife inside (they say you can find monkeys, snakes, birds and bats, spiders and fish) can be preserved. Sustainable tourism at its finest.

11. Everybody is a dragon

If we’re going by ancient Vietnamese folklore, all Vietnamese people are descendants of dragons. Legend has it that hundreds of years ago, there was a king of the dragons who married a fairy. Together they went onto have over 100 sons and the eldest became the first king of Vietnam. 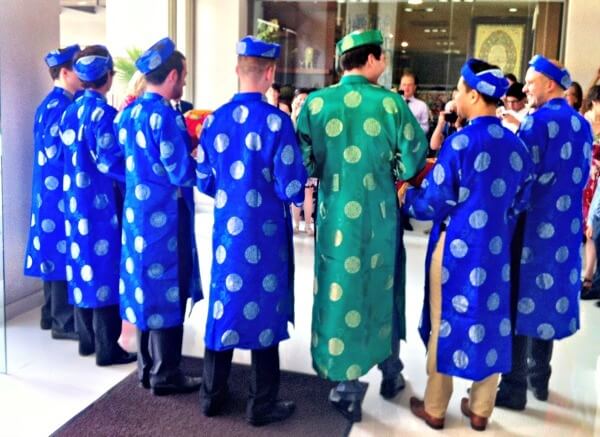 All of the people of Vietnam then are technically the king’s people or ‘children of the dragon’.

This is why you’ll see loads of dragon statues, symbols and paraphernalia.

12. The local fruit is known as breast milk fruit

I see the skeptical eyebrow and believe me I had one too but I’m a firm believer in trying new things and this fruit is definitely different. Officially known as star apple fruit, it doesn’t look too similar to a pear or apple but you eat it in a different way. Once it’s been chilled, you’re supposed to give it a quick massage, peel back a bit of the skin and either spoon out the slushy and milky contents or slurp it straight out.

How useful was this?

As you found useful... 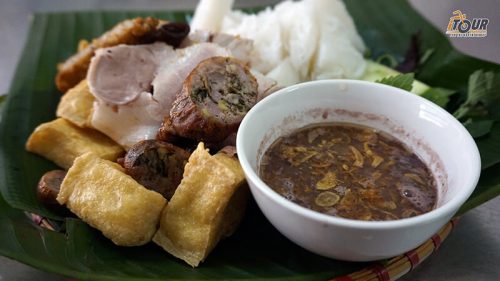 Foreigners do not eat 4 these Vietnamese Dishes… War Remnants Museum in Saigon: Top 1 war museum in the world you should visit Coffee shop combined with cooking class in Hoi An… Why not?
Subscribe
0 Comments
Inline Feedbacks
View all comments