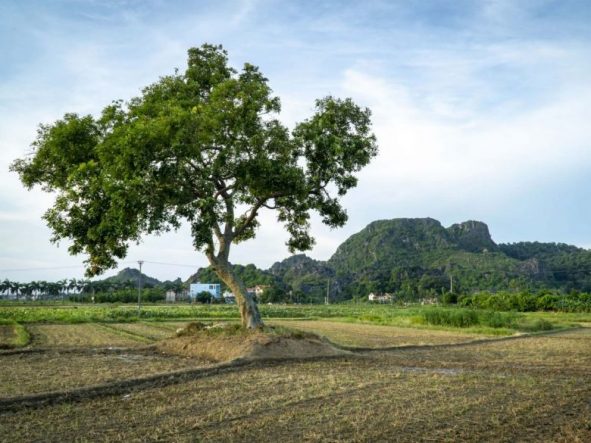 Hai Phong city, new advantage for tourists. People call this “city of phoenix flowers”. This is a major industrial city, the second largest city in the Northern. Hai Phong also is the third largest city in Vietnam.

Hai Phong city traces its origin to its 1887 founding as a seaport province by colonist of the French Colonial Empire. In 1888, the president of the French Third Republic Sadi Carnot promulgated a decree to establish Hai Phong city. From 1954 to 1975, Hai Phong served as the most important maritime city of North Vietnam, and it became one of direct-controlled municipalities of a reunified Vietnam with Ha Noi and Ho Chi Minh city in 1976. In the 21st century, Hai Phong has merged as a trading gateway, modern, green industrial city of Vietnam, oriented to become the third special-class city of Vietnam in 2030 or by 2050 at the latest.

Haiphong is located at the junction of two National Highways: Route 5A, leading west to Hanoi, and Route 10, leading south to Nam Dinh and onward to connect with National Route 1A at Ninh Binh. Highway 356 passes west–east from the Route 5/10 junction through Haiphong’s city center all the way to the coast. A connecting road from route 5A to route 18 links Haiphong with Quang Ninh Province. In 2015, the new highway, 5B, connecting Haiphong with Hanoi was completed; this is the most modern highway in Vietnam and reduces the trip by one hour as compared to the previous route.

A new highway route was completed 2016 to make the transfer faster and easier. From Hanoi to Haiphong and back, it takes less than 2 hours to reach not so long as 3 hours as before. Also shorten the distance from Haiphong to Thai Binh, Hai Duong, Hung Yen.

Tourists can easily catch a coach from Niem Nghia bus station to Hanoi or Cat Ba island, either Quang Ninh, or South of Vietnam.

The main airport serving Haiphong is Cat Bi International Airport with three flights daily to Ho Chi Minh city. In April, 2011 Vietnam Airlines launched routes to Da Nang with 5 flights a week. An international airport for Haiphong, situated in Tien Lang district, is in the planning stages; if realized it would become the largest airport in northern Vietnam.

Haiphong port is one of the largest ports in Vietnam and south-east Asia as a whole. The Port of Haiphong on the Cam River is divided into three main docks: Hoang Dieu (Central terminal) located near the city’s center, Chua Ve, and Dinh Vu both farther downstream to the east. Several ferry terminals connect Haiphong with the neighboring Cat Hai and Cat Ba Island; Ben Binh Ferry terminal is located near the city center while Dinh Vu Ferry is located on a spit of land on the coast. The government had approved the plans to build an international port in Lach Huyen – 15 kilometers from the current port. Once completed this will be one of the deepest port in Vietnam with draft of 14m, capable of receiving ships up to 100.000 DWT.

Hai Phong Railway Station built in 1902 is the eastern terminus of the Kunming – Hai Phong Railway, also known as the Yunnan–Vietnam Railway. Built at by the French during their occupation, the railway once connected Haiphong to the city of Kunming in Yunnan, China, although service along the Chinese portion of the line is currently suspended. Rail travel from Haiphong with connections to the rest of the Vietnamese railway network is via Hanoi.

There are daily trains start from 6AM until 6PM from Hai Phong city to the capital Hanoi and return. The trains take approximately 3 hours to arrive to Hanoi as well as the same period back to the landport city.

Hon Dau island or Dau island is a peaceful little island with the beauty of...

Elephant mountain An Lao or Núi Voi is a complex of rocky mountains, undulating and...

Being the nearest and largest tourist hub, Hanoi is likely the most popular starting point...

Sat market is one of the attractive destinations when visiting Hai Phong. For a long...

Bao Ha is a village with a history of over 500 years. This is considered...

Bao Dai Villa Hai Phong is one of the seven palaces of King Bao Dai....

Banh Da Cua Ba Cu – Crab Noodle Soup is one of the dishes that...

Ba De Temple was built at the foot of Doc Mountain, facing to sea so...

Tuong Long Tower is located on the summit of Long Son (Ngoc Xuyen Ward), the...

Trang Kenh Complex – the city’s largest complex of historical monuments is located at the...

Tien Lang hot spring is a outstanding destination of Hai Phong countryside tours. This is...

Nghe Temple Hai Phong, located not far from the Municipal Theatre, is more than just...

Go to Cat Ba island by motobike was my best experience. I found my happiness,...

There are many tourist attractions in Hai Phong at the moment located everywhere such as...

The addition of the swan will contribute to the adornment of the garden strip in...

Ho Chi Minh to Halong: All things to know before leaving

Travel from Ho Chi Minh to Halong? This’s never been easier than ever! Nowadays, there...

Hai Phong is famous for many good quality restaurants notably Ngo Quyen district with a...

Covid promotion, sale off all tours

Covid promotion, sale off all tours are what we are doing the best to recover...

Hai Phong – the largest port city in the North has long been a popular...

View takes very important part of any restaurant especialy in Hanoi Old Quarter. This is...

Located in the Northeast of the country, Quang Ninh is known as a famous tourist...

Halong city has become an attractive city to explore and conquer. With the outstanding development...

Referring to Quang Ninh province, people often think of Halong. Because this place is the...

The thing that you should not miss when traveling is the local specialties. So what...

Sapa is not only famous for its beautiful scenery but also possesses a cuisine that...

8 most interesting experiences in Sapa

Sapa is an attractive tourist destination in the Northern of Vietnam. Coming to Sapa, you...

Thang Co is a traditional dish of H’mong people, originating from Yunnan (China) and later...

Pizza is Italian food. In Vietnam, it has become a favorite food for many people,...

8 most delicious hotpot restaurants in Sapa

Sa Pa cuisine is extremely unique with countless famous restaurants. If you like to enjoy...

Sapa is well known as a place that contains many wonders of the natural and...

6 tips to visit Sapa you should know

You are planning to go to Sapa but do not know what to prepare, where...

Sapa tourism is becoming more and more famous. Many tourists choose this to check in...

Shopping is habit of many tourists on traveling. When you travel to Hai Phong, the...

Hai Phong cuisine is extremely unique with countless delicious restaurants. If you like to enjoy...

People who are just practicing singing, good instruments will be a tool to help you...

Currently, Hai Phong is one of the leading cities in terms of population living and...

Pizza is a popular, delicious cake that is considered a feature of Italian cuisine. There...

Hai Phong city is on the rise of tourism and services. The number of restaurants...

Hai Phong is famous for its beautiful locations and delicious food. In addition to the...

To the foreigner tourists, buying shoes in Vietnam to be souvenir is not bad idea....

Hai Phong is not only famous as the port city, the city of red phoenix...

Meal for officer is a service with very high demand, grasping that trend, and many...

The bar is a popular gathering place for young people. The attraction depends on the...

Seafood has long been known as a source of food with high nutritional value, bringing...

In addition to the usual savory dishes, vegetarian food always brings a frugal taste and...

Top 3 tips for foreigners to drive in Vietnam

Driving is art and driver is an artist! That’s true. In Vietnam, the most popular...

Few hours to explore Hai Phong in the afternoon

Few hours to explore Hai Phong in the afternoon, how to spend free time after...

Gia Vi cave overview Gia Vi cave is one of the most beautiful caves in...

6 notes when drinking with Vietnamese people

6 notes when drinking with Vietnamese people. A Canadian tourist who has had time to...

8 dishes to avoid in Vietnam for foreigners

8 dishes to avoid in Vietnam for foreigners. According to Canadian tourist Mathew Pike, eating Blood...

Hideaway in Hai Phong with a picnic day trip

Hideaway in Hai Phong? This really impresses people whose love nature, staying away from crowds...

Hai Phong to Ninh Binh – All things you need to know before going. This...

Hai Phong to Halong bay and things to know

Hai Phong to Halong bay is being the shortest way to travel. Also, travelers may...

Do Son beach Hai Phong – All things to know

Located 22km from Haiphong city center and 105km from Hanoi city, Do Son beach is...

Best places to visit in Halong city. Halong is pretty famous not only for Vietnamese...

To Vietnamese, it is quite easy to find the best places to visit in Hai...

Best places to visit in Hanoi capital is quite popular topic. But today, Hai Phong...